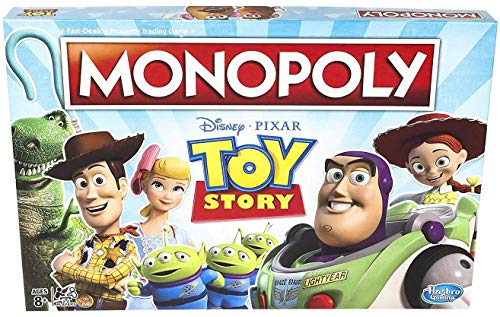 The fun and strategy of Monopoly meets the charm of the popular Toy Story movies! Players can choose to play as Woody, Buzz Lightyear, Bo Peep, Jessie, Alien, or Rex. As they journey around the gameboard they can visit some favorite places featured in the Toy Story films such as Andy’s Room, Al’s Toy Barn, and even the Claw Machine. Players can also try their luck with Andy’s Toy Chest cards and Birthday cards (replacing Chance and Community Chest cards). Build houses and pay rent, aiming to be the player with the most money at the end of the game to win. Whether your kids are bored on a rainy day, or you’re looking for a kids’ birthday or holiday gift, or something fun for game night — this Monopoly Toy Story game is a great choice. Copyright Disney/Pixar. The Hasbro, Hasbro Gaming, Parker Brothers, and Monopoly names and logos, the distinctive design of the gameboard, the four corner squares, the Mr. Monopoly name and character, as well as each of the distinctive elements of the board and playing pieces are trademarks of Hasbro for its property trading game and game equipment.BASED ON THE TOY STORY MOVIES: This family board game celebrates all four of the Toy Story movies with character tokens, Andy’s Toy Chest Cards, and Birthday Cards
PLAY AS A FAVORITE TOY STORY FRIEND: This Monopoly Game comes with 6 Toy Story character tokens including Woody, Buzz Lightyear, Jessie, and other memorable characters from the Toy Story films
GREAT FAMILY BOARD GAME FOR AGES 8 AND UP: With similar rules to the classic Monopoly game, families can ease right into playing this Toy Story edition of the game; it’s designed for 2 to 6 players
EASY STORAGE FOR TOKENS: Includes a paper toy chest for easy token storage. 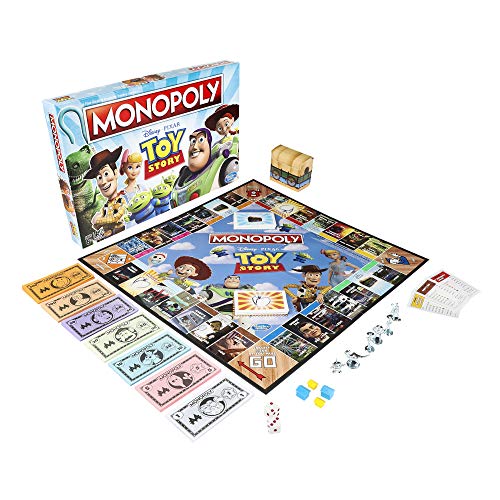 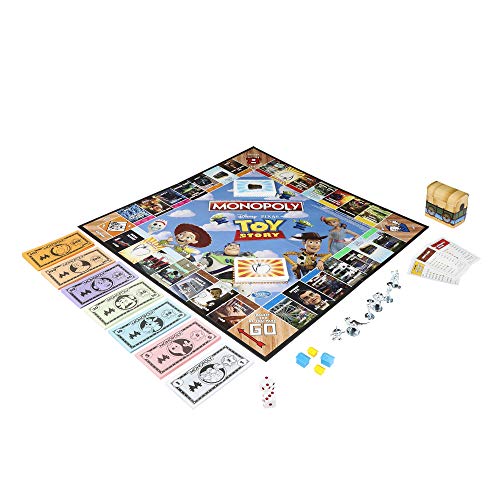 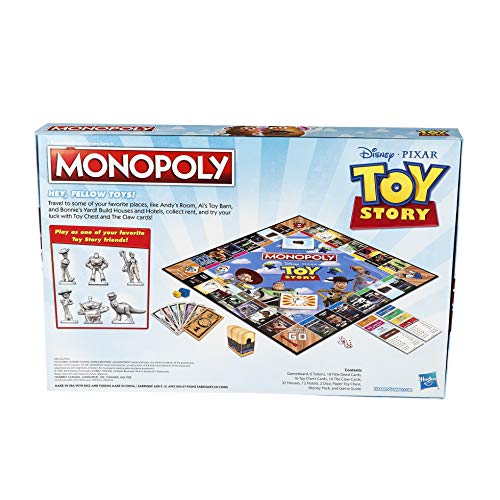 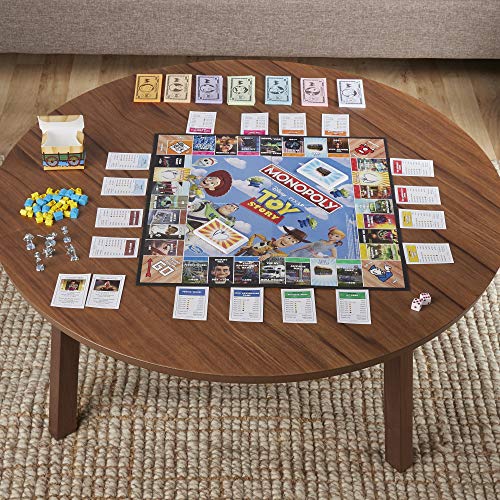 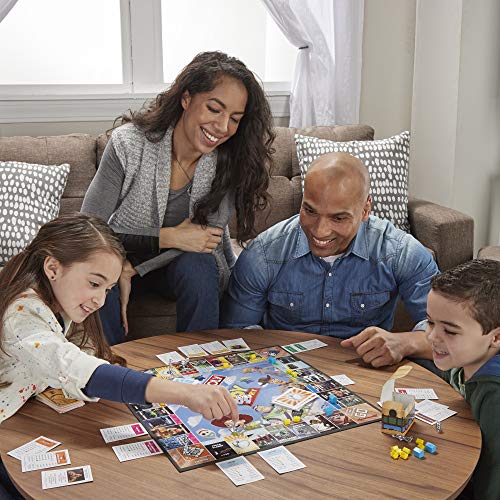 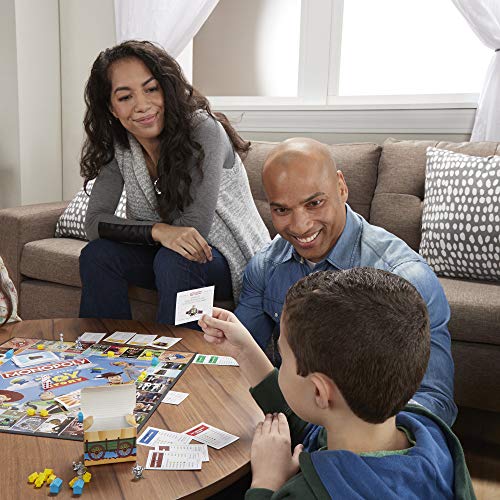 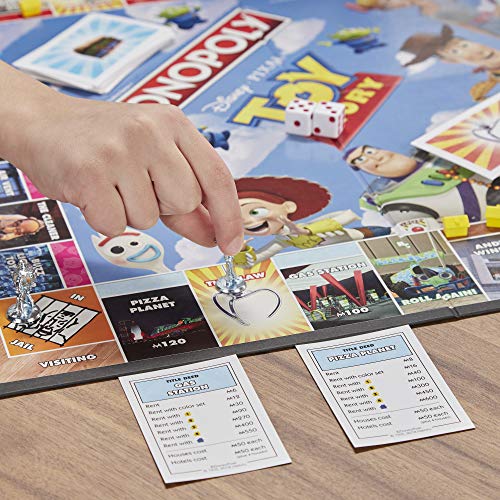 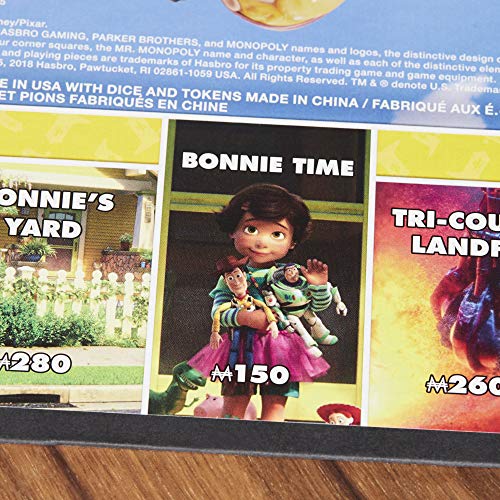