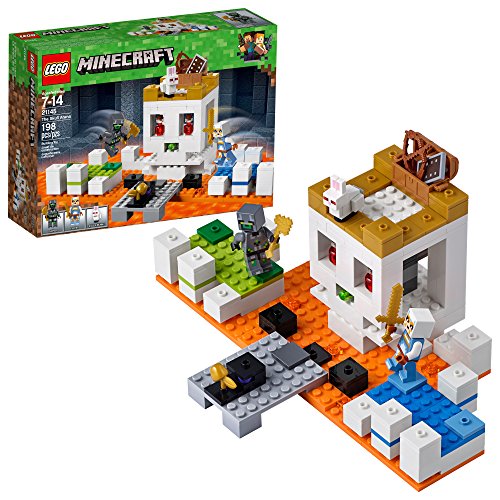 Dodge the slime shooter and defeat your opponent to claim the prize golden apple and use your sword and axe to combat the killer bunny as you battle to reach the potion of healing and a chest containing a shield and bow. Enjoy hands-on Minecraft adventures with this LEGO Minecraft 21145 The Skull Arena set—designed for fans of the highly successful video game. Combine with other sets to create your own unique LEGO Minecraft universe. Also includes 2 Minecraft figures, each with their own unique Minecraft skin.Build a battling Skull Arena and defeat your opponent to claim your Minecraft treasure – the golden apple
This Minecraft playset is based on the exciting Minecraft game and includes 2 LEGO Minecraft figures, each with their own unique Minecraft skin, and a firing slime shooter… and a killer rabbit
The Minecraft battle takes place in the Skull Arena, which measures over 4″ (11cm) high, 9″ (24cm) wide and 6″ (16cm) deep
198 pieces – Minecraft battling toy for boys and girls aged between 7 and 14 and for fans and kids of all ages
The LEGO Minecraft The Skull Arena 21145 Minecraft toy can be built together with all other original LEGO sets and LEGO bricks for creative building 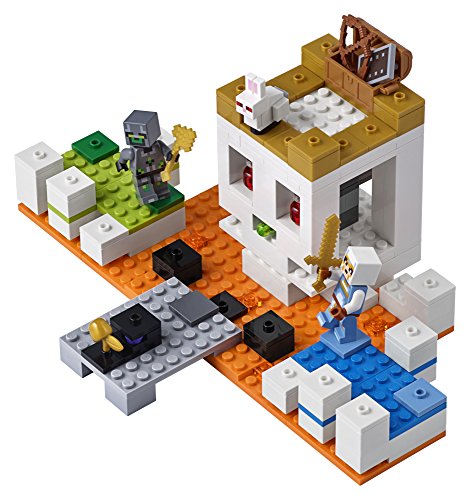 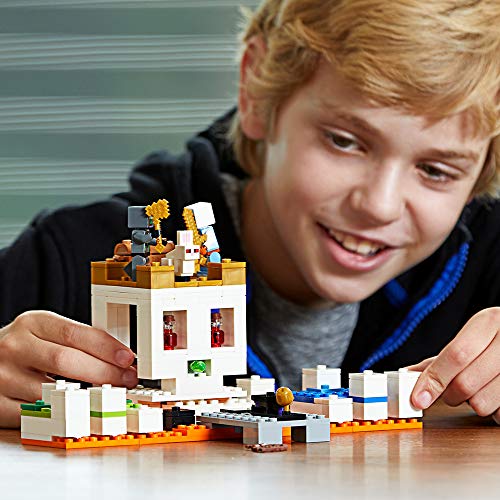 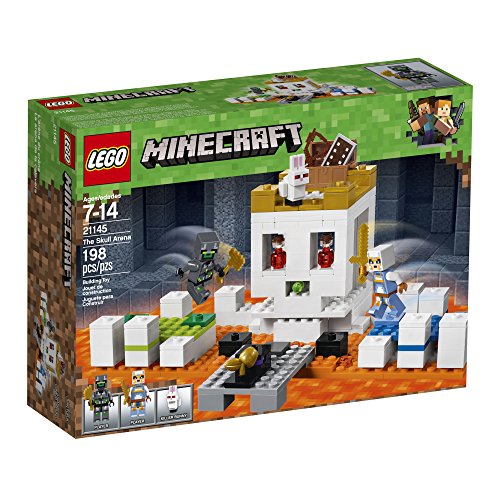 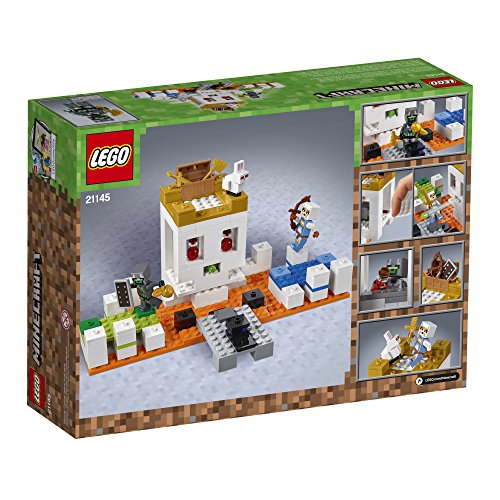 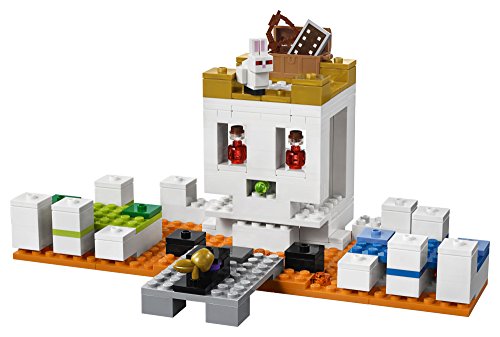 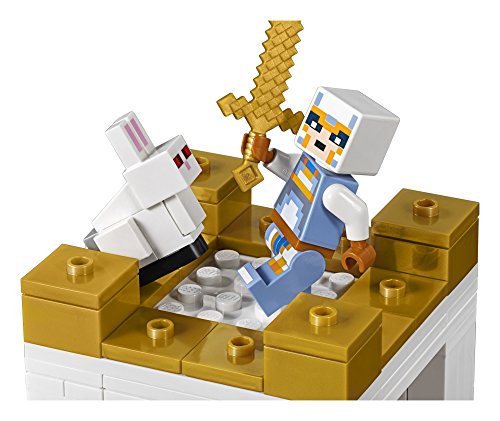 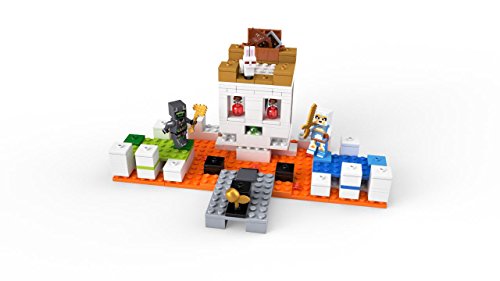